The harms of screening greatly outweigh the benefits.

RESULTS OF SCREENING 1,000 MEN WITH THE PSA TEST 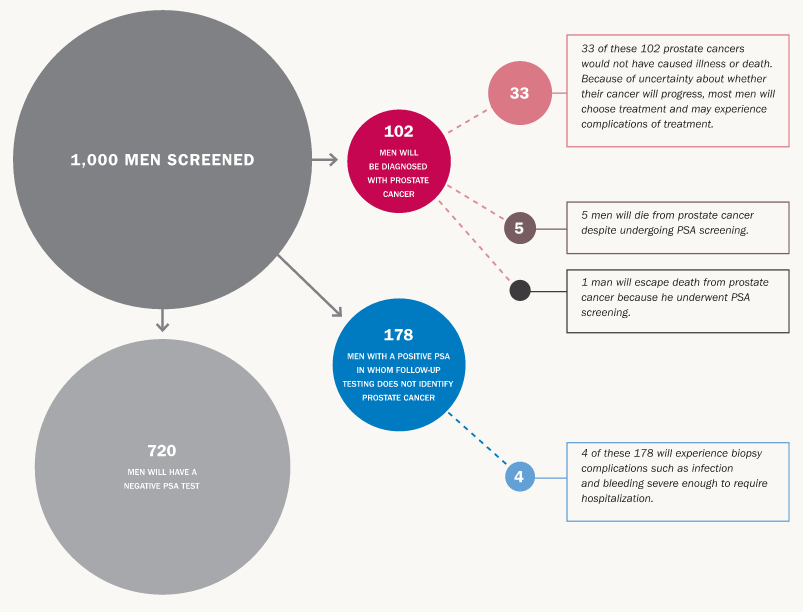 WHAT ARE MY RISKS IF I DON’T GET SCREENED?

ISN’T IT BETTER TO GET SCREENED THAN TO DO NOTHING?

WHAT DOES THE CANADIAN TASK FORCE ON PREVENTIVE HEALTH CARE RECOMMEND?

WHAT ARE THE BENEFITS OF SCREENING?

Reduced risk of dying from prostate cancer – 1 out of every 1000 men will escape death because he underwent PSA screening.

Statistics for benefits and harms were calculated from the European Randomized Study of Screening for Prostate Cancer (ERSPC).